Mikkel Stockmann of The Cosmic Dawn Center (DAWN) will defend his Ph.D. - thesis "Genesis of Giants - Massive Galaxy Evolution over the Past 10 Billion Years" on the 23rd of October, 2019. 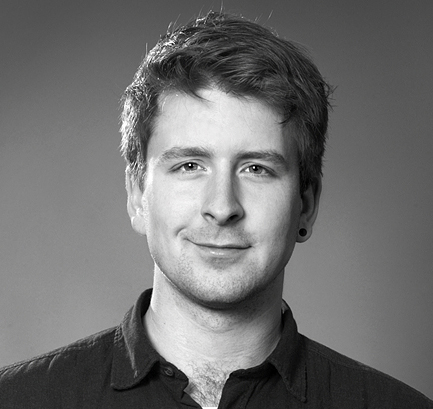 The astonishing display of stars on a clear night sky has, since before the emergence of civilization as we know it, sparked curiosity and guided the principles of our early human ancestors. The shining cartels of light belong to the Milky Way galaxy, one among trillion starry islands in the visible Universe which constitute the gravitational nodes of the cosmic assembly. During 13.8 billion years of cosmic evolution, the genesis of matter perturbations gives rise to conglomerates of stars, the giant elliptical galaxies, a homogeneous population of dynamically hot massive galaxies, devoid of star formation and made up of old stars. These galaxies follow tight scaling relations that persist out to high redshift establishing their formation in the early Universe. The advent of near-infrared (NIR) observations and large cosmological surveys have revolutionized modern astronomy by allowing studies of these galaxies in the epoch of their formation, more than 10 billion years ago. In this thesis, we investigate the connection between a sample of compact red and dead galaxies, the so-called quiescent galaxies, at redshift z>2 and their assumed descendant: the giant elliptical galaxies. We employ the study of scaling relations as a tool to understand the formation and evolution of massive galaxies over cosmic history.

Combining 10 years of international effort, we present the largest (homogeneously) selected sample of massive quiescent galaxies at z>2 from the COSMOS survey with NIR X-Shooter spectroscopy and HST NIR imaging. The spectra contain information of the galaxies' distances, stellar masses, ages, and velocity dispersions that, combined with their morphology and sizes from imaging, allow for a detailed examination of their stellar and dynamical properties. The wealth of observations allow for the documentation of their compact structures, high-velocity dispersions and quiescent non-star-forming nature. We show that minor mergers can account for the size evolution for massive quiescent galaxies over the span of 10 billion years. Furthermore, we find that the evolution of the Fundamental Plane scaling relations, into present-day massive elliptical galaxies, can be characterized by passive evolution of the stellar population together with significant size growth by minor mergers with quenched stellar populations.

The Ph.D. defence is open to the public.