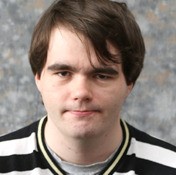 Ruari Mackenzie will give a talk Friday the 9th of February at 14:00 in the lounge, entitled:

Linking Neutral Gas and Galaxies at High Redshift with MUSE

The direct study of star formation in Damped Lyman Alpha systems (DLAs), the major reservoirs neutral gas, has previously been hampered by observational limitations. The installations of MUSE on the VLT has unlocked a new integral field view of these systems, allowing for complete spectroscopic surveys and emission line imaging. I will present a MUSE survey of six z~3 DLA sightlines to explore the link between DLAs and galaxies. MUSE has unveiled a diverse group of host systems, including for the first counterparts to a very metal-poor DLA